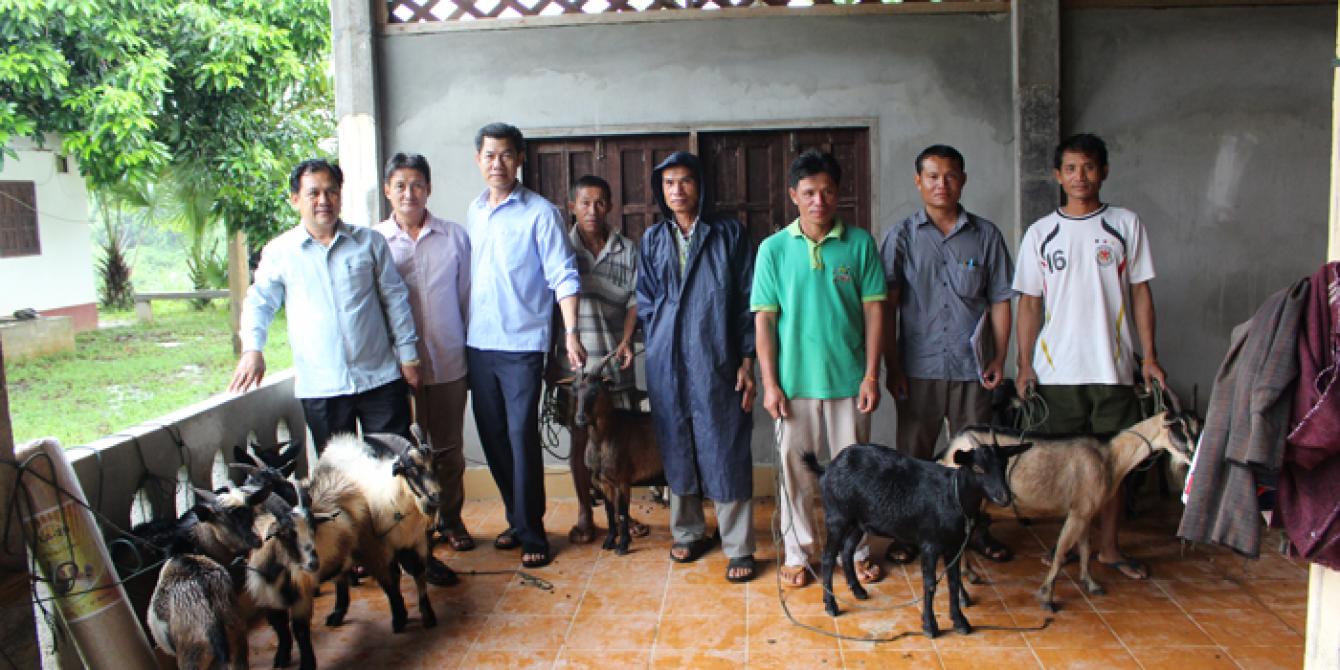 Handover of goats to the community in Feung District, Vientiane Province
Photo by: Oxfam

Oxfam implemented the DIPECHO project in the Kasi District of Vientiane Province from 2009-11, and in Kasi and Hom Districts in 2011-2014. Recently Oxfam completed the DIPECHO project in Kasi, Med and Feuang Districts in Vientiane Province and at national level under a consortium partnership with CARE International, Save the Children and French Red Cross. Oxfam worked on strengthening the coordination mechanisms and governance structure of disaster risk management capacities at national and local level to support improved consolidation and replication of community-based DRM and school safety approaches in vulnerable areas.

1: Enhanced accountability and recognition of the National DRR platform by DDMCC, with alignment to the Sendai Framework by the end of the action.

2: Community-based DRM and school safety approaches are consolidated and replicated in high-risk areas by the end of the action.