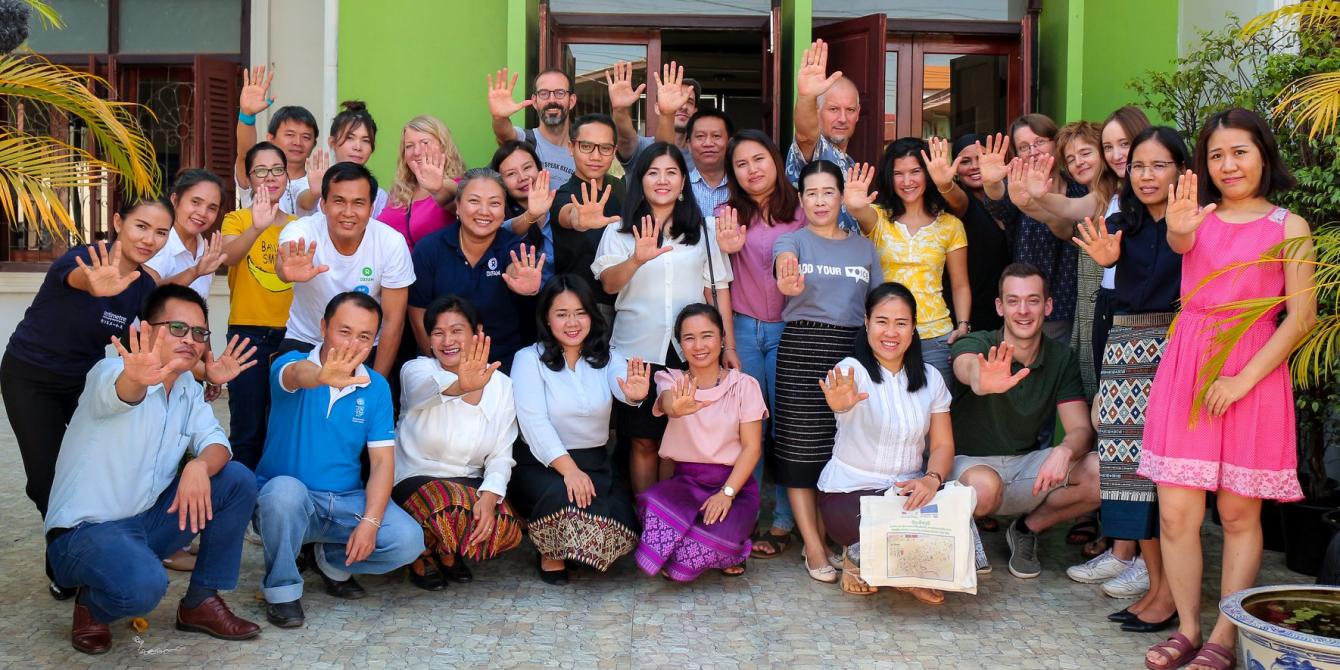 Oxfam is an international confederation of 20 organisations working together with partners and local communities in more than 90 countries.

One person in three in the world lives in poverty. Oxfam is determined to change that world by mobilizing the power of people against poverty.

Oxfam has had a presence in Lao PDR for longer than most INGOs, with both Oxfam in Belgium (OBE) and Oxfam Australia (OAU) beginning programming and establishing offices in the late 1980s. As the space for INGO programming gradually opened up from the highly restricted, local service-delivery model, that was initially permitted, both Oxfam offices started working with Lao government partners, from local to national level. Oxfam Novib (ONL), Oxfam Hong Kong (OHK), Oxfam Quebec (OQC) and Oxfam America (OUS) later joined or supported the work of the other Oxfam agencies in Laos. After a period of groundwork, as of 1st November 2016 Oxfam in Laos merged into a ONE Oxfam team hosted and supported by OBE as the legal entity (executing affiliate) with 5 affiliates engaged as Partner Affiliates in the country: OUS, OHK, ONL, OBE and OAU.

Since the beginning, Oxfam has worked on numerous initiatives covering a large number of themes and areas. These have included among others: support to CSO capacity building, community development, social protection, gender justice, support to small farmers and organic agriculture, private sector engagement, disaster risk management and natural resource management. This has entailed working at different levels, from the community to the national level.

Since 2015, the work of Oxfam in the country is governed by the Oxfam Country Strategy (2015-2019). We seek transformative changes in policies, practices and beliefs in ways that fundamentally improve the lives of poor and marginalised women and men, and ensure that all citizens have the same opportunities to enjoy their rights. To do so, Oxfam focuses its work on four Domains of Change: Citizen Participation and Civil Society Development, Gender Justice, Resilient Communities and Sustainable Development, and Responsible Investment.