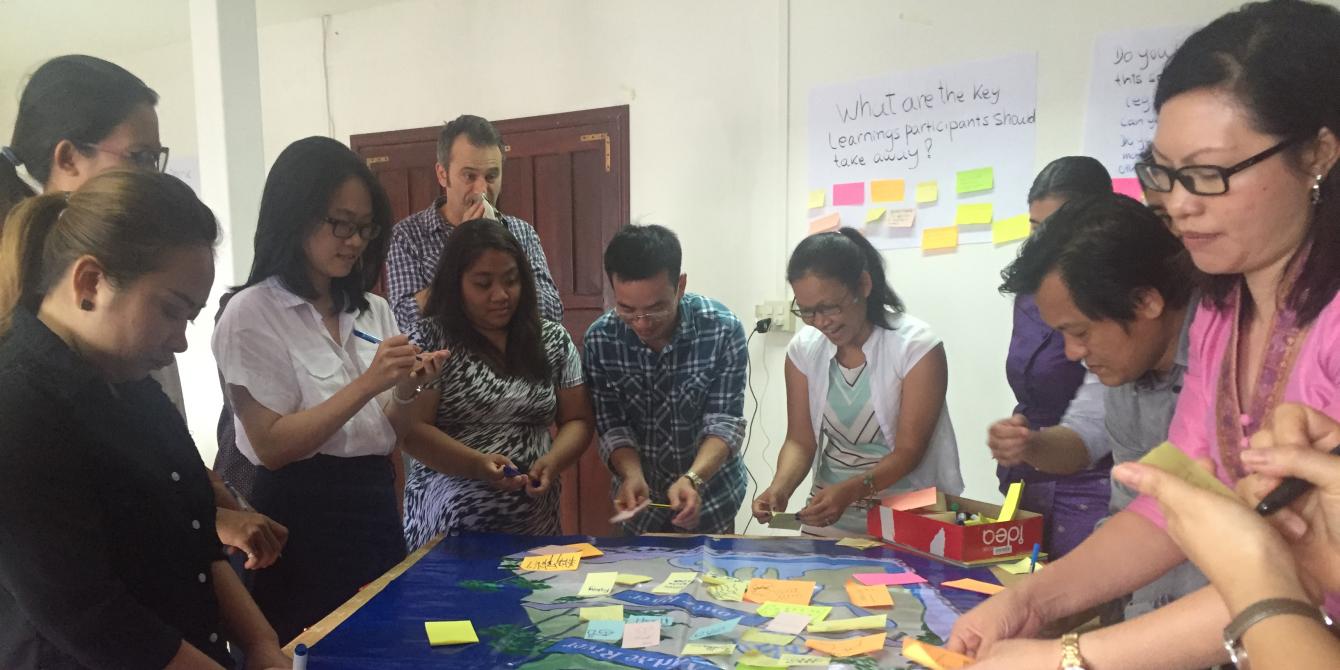 In partnership with Oxfam and supported by the Australian Department of Foreign Affairs and Trade, International Women's Rights Action Watch Asia Pacific (IWRAW AP) and partners from across Asia embarked on a project titled Women’s economic leadership and empowerment in ASEAN (WEL in ASEAN).

The project was implemented to strengthen the capacity of Woment Rights Organisations (WROs) to be able to influence laws and policies for women’s economic leadership and empowerment in the formal and informal sectors of the ASEAN Economic Community (AEC).

The key strategy of the WEL in ASEAN project was to increase the engagement of WROs in the ASEAN region primarily through the review mechanism of the Convention on the Elimination of All Forms of Discrimination against Women (CEDAW) as an avenue to raise awareness of priority issues for women’s economic leadership in ASEAN.

The objectives of the project were to:

1: Five selected WROs in Cambodia, Laos, Myanmar and Vietnam (CLMV) have knowledge and capacity to advocate for the promotion and protection of the rights of women in the informal and formal sector of the economy.

2: Five CLMV WROs have capacity to respond in a timely manner and with strong and context specific recommendations to laws and policies proposed/developed within and in relation to ASEAN economic integration in ways that reduce gender discrimination and strengthen women’s economic leadership.

The project has built capacity of WROs on economic rights standards and emerging rights issues, specifically within domains of migration, natural resource management and value chains. This ensured women’s issues were integrated into the broader work of national WROs when campaigning for greater equality, and facilitated stronger links with other WROs in the region. Throughout the WEL in ASEAN project, WROs have mobilized to advocate for greater Women’s Economic Rights (WER) and leadership in collaboration with other CSOs, governments and private sector. Collaboration has supported WROs to better understand their respective situations against the ASEAN economic backdrop. It has further helped develop their respective strategies based on actual needs and contexts to improve women’s economic empowerment and leadership in their countries and the region.

Partner-beneficiaries of the WEL in ASEAN project are WROs in Cambodia, Laos, Myanmar, Vietnam, Thailand and the Philippines including: Gender and Development Cambodia (GADC), Association for Development of Women and Legal Education (ADWLE), NGO Gender Group (NGO GG), Research Centre for Gender, Family and Environment in Development (CGFED), Foundation for Women (FFW), and Women’s Legal and Human Rights Bureau (WLB).

The project was funded by the Australian Department of Foreign Affairs and Trade and Oxfam.