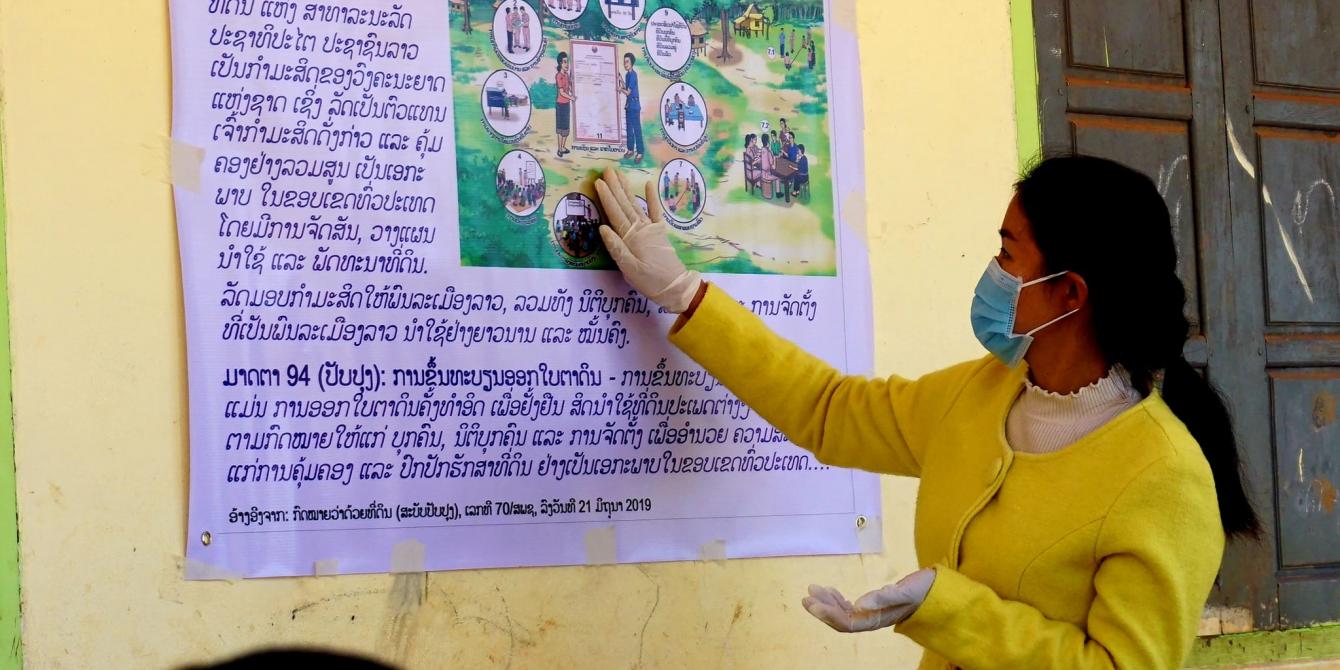 The purpose of the pilot was to test the tools, through three main awareness-raising activities listed in the facilitation guide:

1. Get Familiarized with the Community.

2. Create an Understanding of Gender on Land and Analyze the Impacts – Benefits;

3. Law and Regulations Regarding Land and Gender.

The first pilot, conducted in Oudomxay, took place in 2 villages (Ban Ponhom and Ban Najang) in Xay District, Oudomxay province. The target villages were under the Responsible Rubber Investment’s project that Oxfam in Laos implemented in partnership with the Provincial Chamber of Commerce and Industry. Both parties engaged rubber plantation companies to promote responsible agriculture investment practices by adapting the RAI guidelines.

In the past, many farmers in both villages grew opium. As it is an illegal plant and the government in China has the policy to eradicate its cultivation, Chinese Rubber Companies were invited to invest in the villages to turn opium cultivation into rubber plantations. Later on, farmers switched and planted rubber trees to sell rubber to Chinese companies. For land use, two types of contracts farming are in place. The first contract is signed collectively with a group of villages. The second type of contract is signed with individuals--most of the family representatives signing the contracts are male.

“Now that we understand the importance of gender equality, we want to protect our forest and land territories better than before. It is hard for everyone to change, but they will slowly change. The head of the village is the most important person to lead on this topic,” said Mon, a 40-year-old woman in Najang village.

“I like them all. What I am aware of and understand the most from the activity is the inheritance related to land rights emphasizing the importance of gender equality when the parents allocate their property to their children equally,” said a 50-year-old woman in Phonhom village.

Even though both villages still face gender and land issues, they have the potential to change these issues thanks to a better understanding of gender and land rights. Following the two pilots in Phonhom and Najang, we discovered that the participants became more mindful about their rights on land and equality in their families and communities. Also, women became more encouraged to voice their thoughts through sharing sessions during activities. This is a significant step for villagers; especially for men to look at different perspectives and respect women’s rights and abilities regarding decision making for future of the community development.