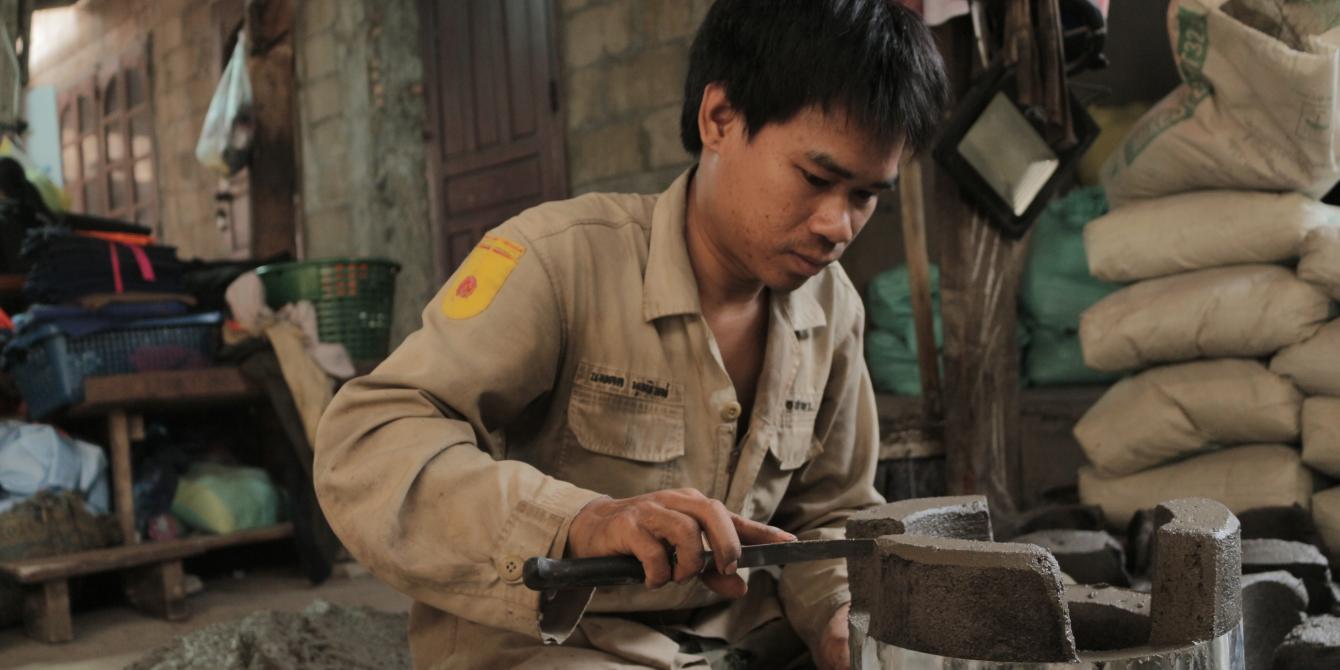 Pouluang Duanglatilath Keoduangdee, 28, is an informal worker living in Vientiane Capital, Laos, with his wife and two children. In 2006, he moved from his hometown in Sonlathburi, Savannakhet Province, to find work, leaving his parents and seven siblings to manage the family farm.

As a bachelor, he worked as a laborer at construction sites, earning a daily wage. There, he learned how to work with cement and other building materials, a skill he makes full use of as a self-employed craftsman of traditional Lao charcoal stoves. His workstation, a three-by-four-meter space at his house in Nongtatai Village, is just enough for him to mix, mold, and carve cement into stoves—often producing 10 to 12 units on a productive day. With a single stove selling for around 25,000-30,000 LAK (USD 2.67 - 3.20) at the local market.

"It was a challenge. I would usually make around 2 million LAK (USD 212) a month, but for about a month, I received no orders."

The lockdown resulted in the closure of most non-essential businesses throughout the country. Market vendors who would often purchase Pouluang’s stoves were no longer open, and for several weeks, he did not sell anything. For supplementary income, he worked as a freelance electrician in the evenings--a job he continues to do after 3 pm once work on the stoves is complete.

"We did not have much money during the month of lockdown, so we grew vegetables at the back of the house."

Pouluang and his family survived on the little income they had saved and a small batch of organic vegetables they grew in buckets and suspended shelves outside their house.

Fortunately for Pouluang and his family, after restrictions on stores and other businesses were lifted, orders for his stoves started coming in again--more than what he could produce on his own.

Pouluang dreams of building a small store with a larger working space to have others support him. However, recent payments to repair his truck, which he uses to transport the stoves, and tuition fees for his daughter, mean that it will take a little longer for him to make his dream a reality.