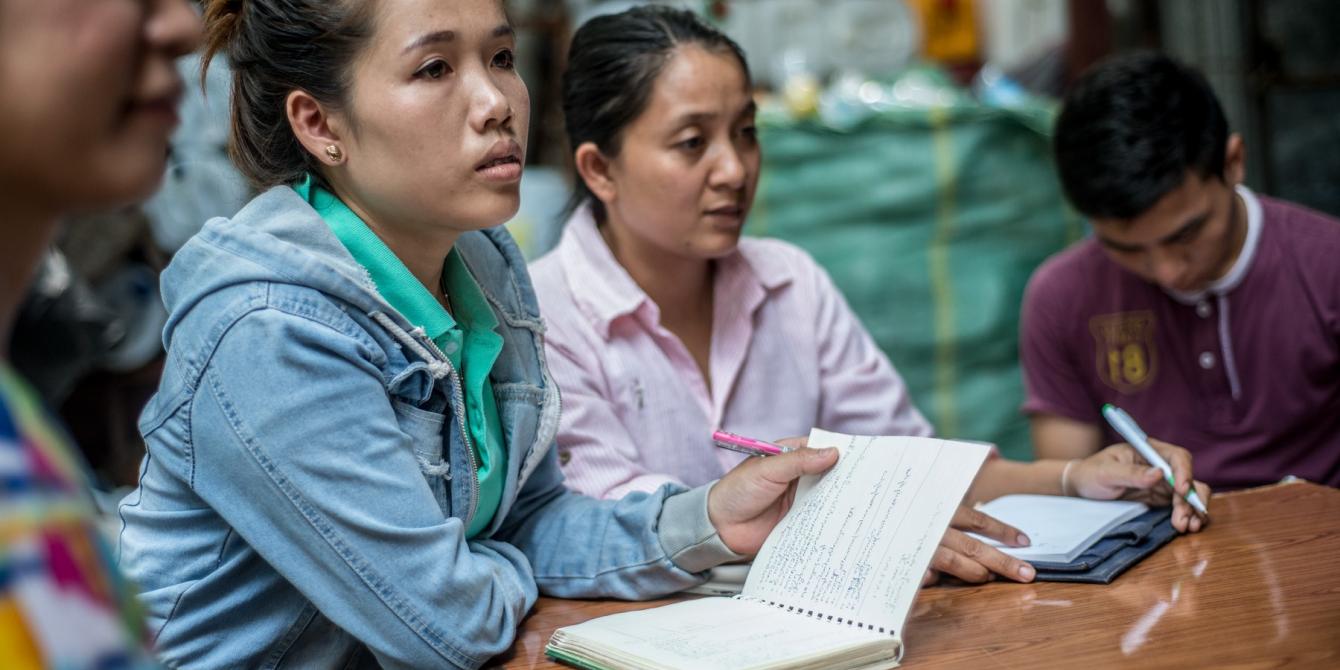 In Laos, the Centre of Information and Education for Health had confirmed 41 cases as of 18th December 2020. Governments have imposed various measures to contain the spread of the virus, including lockdowns of borders, the economy and transportation, virus surveillance through mass testing and contact tracing, as well as social distancing and quarantine policies. Many Laotian migrant workers lost their jobs when shops, retail outlets and local markets in Thailand were closed to contain the COVID-19 outbreak. The lockdown in Thailand led to peaks in unemployment, income loss among the most vulnerable and queues at overland crossings to return to Laos. The total number of returning migrant workers, the majority from Thailand, during March-June is estimated at around 120,000 (Lao Ministry of Labour and Social Welfare cited in ILO 2020a). Additionally, the research has specific interest in understanding the divergent impacts of the COVID-19 situation on different groups of workers. The study analyzes the socioeconomic impacts, coping mechanisms, and outlooks on the future of these key groups: female workers, male workers, non-migrant workers, internal migrant workers, cross-border migrant workers, workers in informal employment and workers in formal employment. This is among the first studies with this unique and contemporary data on vulnerable workers’ populations in Laos. The research methodology relies on a quantitative analysis of surveys with respondents in Laos, using descriptive statistics techniques to analyze the results.

Almost half of respondents lost their job during the COVID-19 lockdown. The workers most affected were cross-border migrants and those in informal employment. A similar percentage of men and women lost their jobs during the lockdown. We found that unemployment rates remained high as of late 2020 after the lockdown was lifted. Large decreases in paid employment (stable contracts and short-term contracts), home-based work and paid domestic work explain the rise in unemployment among surveyed workers. Some unemployment might have been offset by people who started to work in family businesses as contributing family workers. Women workers, cross-border migrants and non-migrants were more affected in the immediate term by current unemployment rates than men workers and internal migrants. Furthermore, findings showcase that negative impacts on employment have lasted longer among women than men. We saw that a similar share of men and women had lost their jobs during the lockdown, but some months after the lockdown the unemployment rate was higher among women than men.

Most respondents worked in the services sector, which was the hardest hit sector during the COVID-19 lockdown. The findings show the agricultural sector has marginally absorbed part of the COVID-19 impacts on unemployment. Yet the number of hours worked decreased since lockdown and border closures began. Cross-border migrants, non-migrants, and workers in informal employment were more affected by the reduction in the number of hours worked. Moreover, those who still have their pre-COVID job or who found new work upon return home, worked fewer hours. Most workers lost some or all of their personal income during the COVID-19 lockdown. More than 60% of workers did not have a personal income at the time of the survey. Before the pandemic, only 7% did not have a personal monthly income. Workers lost on average 64% of their personal monthly income. Cross-border migrant workers were the most affected by income loss. More than 60% of respondents in remittance receiving households experienced a reduction of remittances. Among those, more than 70% of respondents reported about half or more than half of their total income lost due to remittances loss. Additionally, 44% of families ran out of food during the lockdown in Laos on at least one day, and 39% of families could not access the same types of foods as before the lockdown.

According to our findings, women tend to carry the main burden of unpaid care work at the respondents’ households, and such responsibilities increased in most households during the COVID-19 lockdown. However, men and women had different views on these responsibilities. Higher percentages of women thought that women or mostly women are responsible for unpaid care work and that such work had increased more for women during the lockdown, compared to men. Awareness about the increased risks of gender-based violence associated with the COVID-19 lockdown was low among respondents. Less than half of respondents agreed (46%) that women and girls were at increased risk of violence during the lockdown.

This opinion was similar between men (45%) and women (47%). Two out of five respondents felt discriminated against or stigmatized at the place where they stayed during the lockdown. Cross-border (36%) and internal migrants (53%) were more likely to have felt discriminated against than non-migrants (23%). This suggests that the return of migrants, both internal and cross-border, generated some tensions in the households and/or communities of origin, as most of the respondents had returned from migration destinations and were in households of origin during the lockdown. A considerable share of migrants (59%) felt at risk of violence when they were returning to their households of origin. We found that women migrants and internal migrants felt more unsafe than men migrants and cross-border migrants. The sources of unsafety came from the community, relatives, and family members. More often than men migrants, women migrants said that relatives or family members made them feel unsafe when they were returning to their household of origin. Experiences of unsafety may worsen as 43% of respondents did not know where to seek help in case they saw a friend or neighbor experiencing violence.