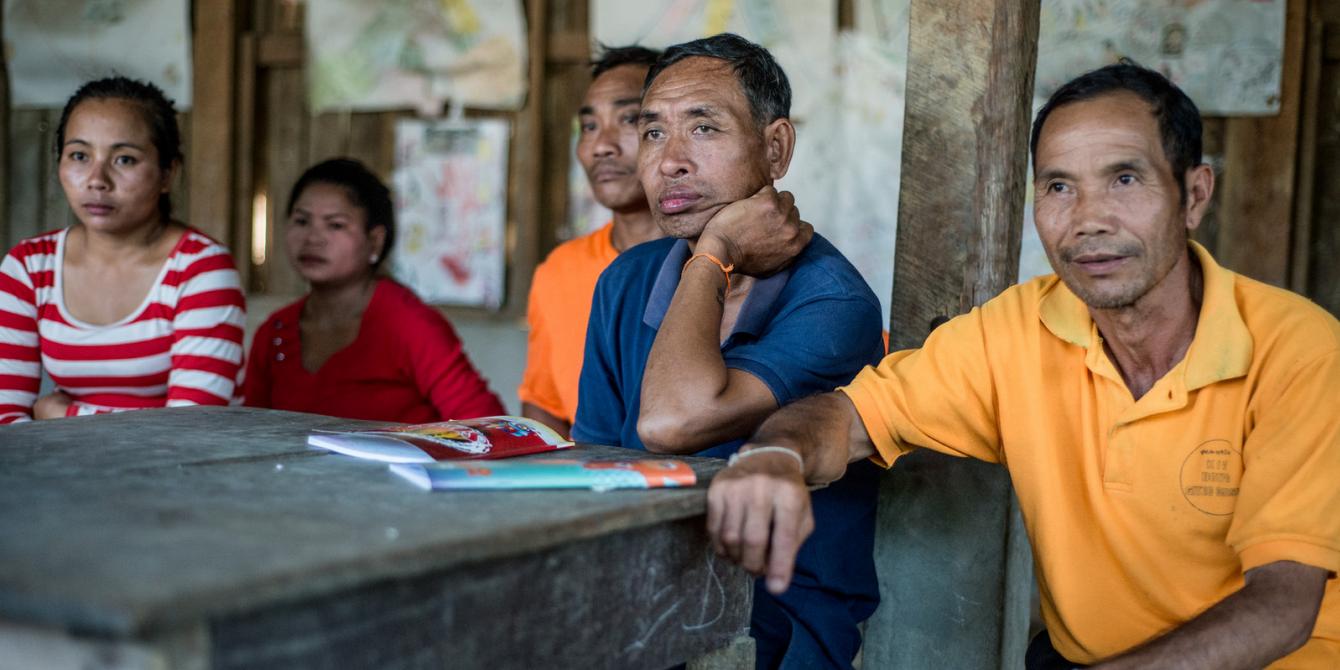 Plantation workers during a community meeting
Photo by: Tineke D'haese

While the Chinese-owned banana plantations in the northern Lao province of Bokeo have provided the area with employment, there are numerous negative consequences to its existence. The plantations have had detrimental effects on health and the environment since its establishment in 2011, such as chemical inhalation related death and infertile land due to toxin exposure.

Ms. Oh, a local resident of the affected area, witnessed her own daughter’s descent into illness, and even after informing the responsible parties of the plantations, they would not even entertain her claims, “She had to throw up at least 10 times that day. Each time the Chinese supervisors came around, she hurried back to work to not lose her daily wage, and as soon as they left she threw up again. Afterwards I took her to the hospital. The doctor told me to keep my daughter away from the plantations. I had to pay 200.000 KIP for her treatment, and I complained to the company, but no one would listen”.

Employees, like Ms. Sengkam, of the plantations themselves have reported similar incidents, of both worrying medical conditions and frequent dismissal of their concerns by their Chinese employer, “Each one had his job: weeding, spraying, adding fertilizer, etc. I remember asking the Chinese if the chemicals used were dangerous, but they just laughed at me and said that I shouldn’t worry. I couldn’t read the labels as they are all in Chinese. We had to throw fertilizer on the plants with our bare hands. But it had no smell so I thought it was OK. But after only two hours we started noting the effects. The powder affected our arms and legs. I started to feel dizzy. We knew it wasn’t right.” 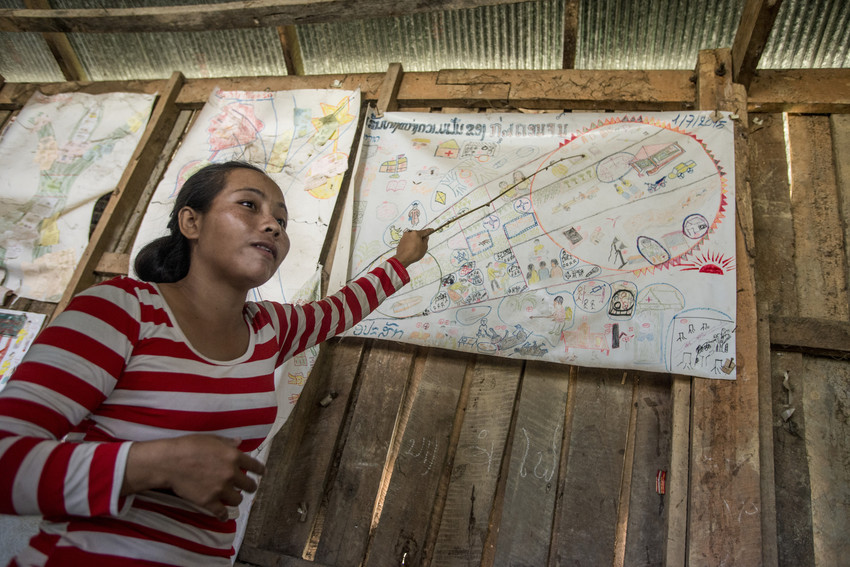 The situation for these plantation workers has begun to improve, however, with the work of Oxfam in Laos’ partner – Women Mobilizing for Development, also known by its Lao acronym, MHP. Through training sessions given throughout the community, the Gender Action Learning System (GALS) framework has been implemented and communities have seen firsthand the benefit of these alternative paths of action. Labourers will only work on days that chemical provisions are not used, and many farmers have stopped renting their own land to the company to prevent further land pollution.

In line with GALS, the community has been able to lay the foundations of a livelihood outside of the plantations with the help of MHP and Oxfam in Laos, and in the words of Ms. Vanthong, hopes to, “never have to work on the plantations again!”