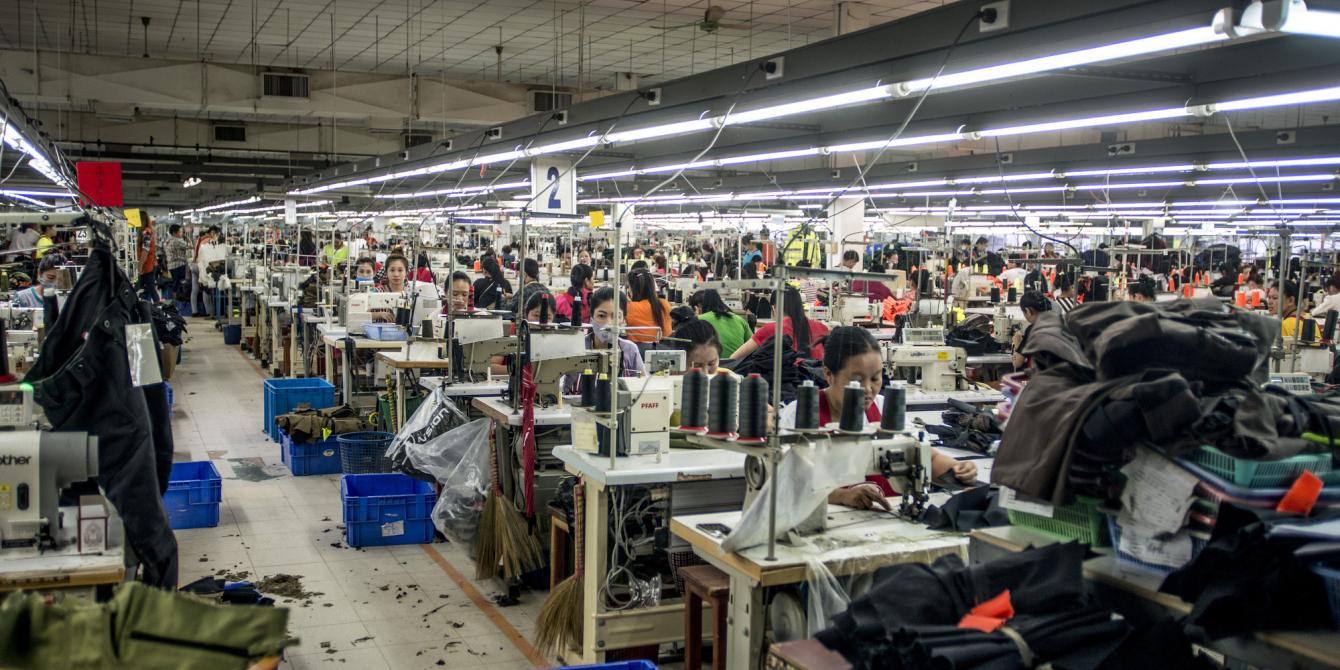 A story from 2016 about how Oxfam helped garment factory workers in Vientiane, Laos.

As manufacturing production has continued to expand in Laos, so has its need for trade union activism. The well-being of workers, especially women during reproductive periods, is often jeopardized due to the lack of access and costs of health care and the prohibitively high costs of private insurance.

Ms. Phone Kheugthanoukham is a testament to this pervasive problem, as her family’s livelihood is dependent on her employment at the local garment factory in Vientiane.  There is no fiscal room for sickness, as wage reductions are made for those who fall ill resulting in lower income.

“Health care is difficult for many of us.  I earn about 60,000 kip per day, but when I’m sick that’s reduced to 40,000 kip”, Ms. Kheugtahnoukham reports, “That leaves little for paying hospital bills. And I can’t save anything, as I need to support my family.”

However, thanks to the work of Lao Federation of Trade Unions (LFTU), in partnership with Oxfam, the situation is beginning to improve.

With the support of Oxfam, the LFTU has set up collective bargaining agreements within companies, particularly in the textile, agricultural, and mining industry.

In the case of Mr. Amphone Southalath, a garment factory worker also based in Vientiane, collective bargaining was facilitated by the trade unions and garment workers were able to feel heard and have their opinions taken seriously by their employers.

“In 2012 our wage was cut and we organized a strike, which was pretty rare.  For two hours we would just sit down on the ground and not touch a piece of garment. Afterwards the owners and the union started to find common ground, and last year a collective bargaining agreement was signed”, Mr. Southalath recalls.

As a result of collective bargaining efforts, conditions for garment workers have improved greatly.  Wages have increased for workers like Mr. Simon Kheophaseuth, also based in Vientiane, “Thanks to the agreement the union made last year, I’ve been able to increase my wage by 200,000 kip. I need that money badly for my family. Until now I’ve never been sick, let’s hope it stays like that.”

At Oxfam we want to see both the people of Lao PDR and businesses prosper together.  Oxfam continues to support and promote similar efforts in other industries as well, such as banana plantations, to ensure that business owners and corporations adhere to Lao laws and provide fair standards and rights for their employees.